As an Android app developer, you might create an Android app for gaming, finances, productivity or social networking. There is a wide array of possibilities when it comes to app development, but what if you’re interested in monetizing your creation?

There are several ways to earn money with the app, regardless of what it will be used for by the users. Let’s take a look at some of the ways you can generate income from an Android app.

Utilizing a “Free with Ads” Model

One of the easiest ways to monetize your Android app is to begin with a “free with ads” model. These apps present themselves as free, but come with ads that users must view from time to time while using the program.

The amount of money you make with this model depends on the click-through rate (CTR). Your CTR is the number of ads that are tapped divided by the number of ads displayed (impressions). For example, if you display an advertisement 100 times and a user clicks on it once, the CTR is 1 percent.

The more people use your app, the more ads are displayed over time. This ultimately enhances your chances of increasing your CTR and generating ad revenue.

There are various types of ads that can be displayed within your app, ranging from banner ads to full survey apps that encourage user participation. Keep in mind that much of your success in monetizing your app through this method will depend on where you place your ads. For example, if you have a gaming app, you may want to insert an advertisement in between levels to catch players’ attention, rather than when they initially log in to play.

This model involves allowing users to download and utilize an app before they eventually have to pay to use additional features. For example, you may have an app game that begins with allowing users to play Level 1, but requires them to make a purchase to advance to the next level.

The freemium model can be especially rewarding to app developers who do not want to set up a CTR model and hope that users click on displayed advertisements. However, it’s important to note that you need to appeal to your users in order to see success with this model. For instance, an app user may not want to spend cash on a game that he or she has just started – the user must ultimately see value in the app before deciding to spend money on it. In the case of a gaming app, this value may come in the form of time – if a user has dedicated an ample amount of time on it, he or she may decide it’s worth spending the money to continue.

One common tactic that is used in freemium apps is to offer an ad-free experience to customers who are willing to pay in-app for their removal. This almost acts as a way for customers to fully purchase the app as if it were a paid app to begin with. You can always create an app from the get-go with a price in mind. This means that you are charging your prospective customers up front in order to access your app and all of its features.

You can easily upload a paid app to Google, set its price, and select the regions in which you want to publish your app. However, it’s important to keep in mind that once an app is listed as paid in the Play Store, it cannot be offered for free.

Initially introducing an app as paid means that you are asking for money from your audience right at the start. Customers may not initially be willing to part with their cash without knowing what they are getting for their money.

It’s up to you as the app developer to sell your target audience on your product. Many developers choose to do this through creating a “lite” version of their app and offering it for free in the Play Store. A “lite” version of an app is essentially a trimmed-down version of a full app. It may offer some of the same features as a paid version, but not all of them – the idea is to advertise what the app can do for the customer in hopes of him or her paying for the full version.

As an Android app developer, it’s worth noting that the best way to maximize your chance of generating income from your product is to make sure it reaches the masses. This means making it available to as many regions as possible.

In addition, you may want to try to make your app compatible with as many devices as possible. Giving customers the ability to use your app on their mobile phone as well as their tablet, for instance, maximizes exposure. In turn, there are more opportunities to generate revenue, whether you are utilizing a CTR model or a freemium one.

While any Android app developer can generate income by offering a paid app in the Play Store, the success of the product will ultimately be determined by the sales model. Whether you choose to go with a freemium model or a CTR model, weigh all of the factors before you make a final decision.

For example, a freemium model may be ideal for a gaming app in which users feel compelled to pay for continued access to its features. However, a paid version (with the help of a “lite” app as a preview) might be perfect for a productivity app that has several “unlockable features” users will desire.

Try to see beyond your perspective as an Android app developer and think about what you would like to see from your app as a customer. In the end, you’ll have a better idea of which model will work best for your software 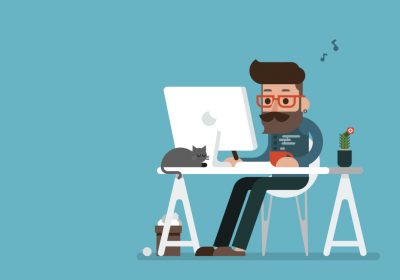 The past few months have surely been tough for everybody. Many people are still stuck at home to stay safe... Does your Instagram marketing strategy generate sales? If it is a "No," then you need to consider digging more into... TikTok is a new player in the social media world, but it gains incredible growth within a short span. Almost... The COVID-19 pandemic has completely transformed the way businesses usually work.  We have seen an ever-increasing number of products and... In the era of agile and DevOps, it has become business-critical to launch both web and mobile apps at a...